Throughout history many countries have disappeared from the map forever.

One of them is Prussia—a state of great significance in the modern history of Europe, still remembered today, but sometimes causing a little confusion.

One reads about “East Prussia,” “West Prussia,” and the “Kingdom of Prussia”—and it seems that very distant parts of Eastern and Western Germany were named “Prussia.” Where was it after all? And when were these names used? Let’s try to answer these questions.

It all started with people who had nothing to do with Germans.

The original Prussians were a group of about a dozen tribes speaking different dialects of a language from the Baltic group, one related to modern Lithuanian and Latvian.

Their country—called Prussia—was situated on the southeastern coast of the Baltic Sea, and today it is within the territory of Russia (the Kaliningrad Oblast) and northeastern Poland.

The religion of the Prussians was focused on worshiping the powers of nature and deities related to them. They were very inimical to any attempt at Christianization. Eventually the Teutonic Knights (a German military religious order) defeated the Prussians in the thirteenth century and turned Prussia into the State of the Teutonic Order. The order successfully promoted German colonization and the Prussians soon lost their identity; their language disappeared completely and was replaced by German. With the passing of centuries, the German inhabitants of this land started to be called “Prussians.”

In 1618 the Duchy of Prussia was inherited by a different branch of Hohenzollerns, the margraves of Brandenburg. Brandenburg is in the eastern part of today’s Germany, and Berlin was already its capital city. Officially, the only tie between Brandenburg and Prussia was that they had the same hereditary ruler. With time, however, both states became closer, despite the geographical distance separating them. This process was strengthened through the acquisition of a large portion of Pomerania on the Baltic Sea (today’s northwestern part of Poland) by the margrave of Brandenburg in the first half of the seventeenth century.

Even with this gain, his lands were still lacking territorial integrity since Royal (Polish) Prussia was between Ducal Prussia and Pomerania/Brandenburg. The Hohenzollerns kept trying to gain Polish Prussia throughout the next centuries. 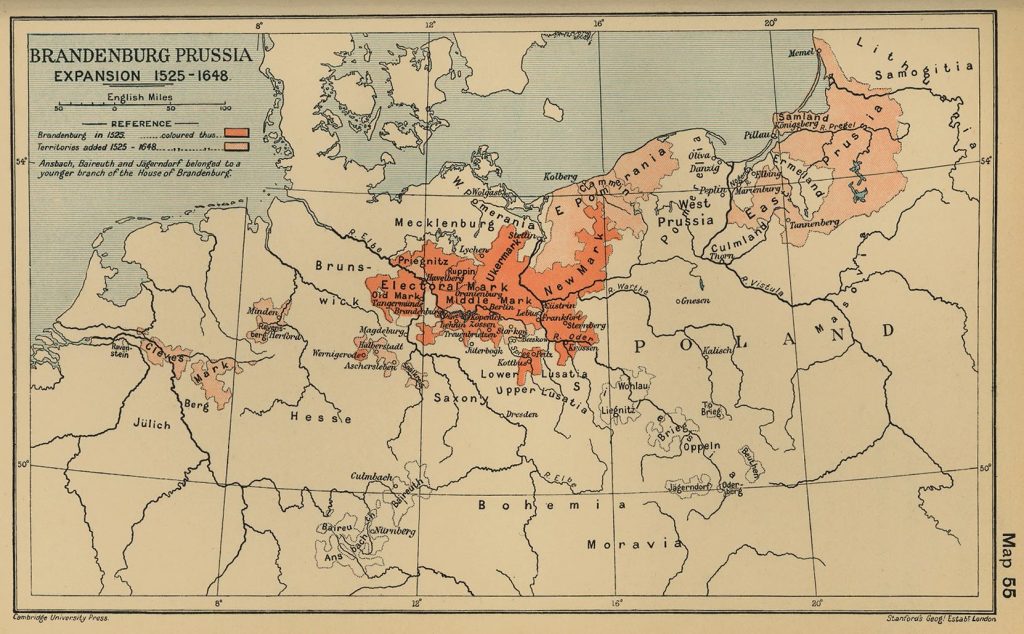 In 1701 the Duke of Prussia, Frederic III Hohenzollern, crowned himself King of Prussia. Officially the Kingdom of Prussia existed only in the former Duchy of Prussia (east of the Vistula), but since the King of Prussia was at the same time a ruler of Brandenburg, Pomerania, and some other German territories, the name of the “Kingdom of Prussia” was more and more frequently used for all these dominions, even if unofficially.

In the middle of the eighteenth century, Prussia conquered the wealthy Austrian region called “Silesia” (today’s southwestern Poland), thus becoming one of the great European powers.

This conquest cleared the way for the partitioning of a weakened Poland. In the first partition (1772), the Kingdom of Prussia gained its long-desired Polish Prussia, save for Danzig/ Gdańsk. From that point, this region (former Royal Prussia) was officially called “West Prussia” (“WestPreussen,” west of the Vistula) and the original Prussia (east of the Vistula) started to be called “East Prussia” (“OstPreussen”).

The second partition of Poland (1793) gave Prussia the rest of Polish Prussia with Danzig/Gdańsk, along with a vast part of Western Poland, including most of Wielkopolska, soon renamed “Province Posen.”

The third partition of Poland (1795) moved the eastern boundaries of the Kingdom of Prussia even further to the east, including most of today’s central Poland with Warsaw and even parts of today’s Belarus and Lithuania. Even so, these extensive gains of the third partition were soon lost.

After gains in the east, soon came gains in the west. As the result of the Napoleonic Wars, in 1815 the Kingdom of Prussia gained different territories in different parts of Germany:

The Kingdom of Prussia became officially the name of all these lands united in one country under the rule of the Hohenzollern kings.

The inhabitants of the Teutonic Order State (since the thirteenth and fourteenth centuries) and later both Royal (Polish) and Ducal Prussia were known as Prussians. In the eighteenth and especially nineteenth centuries the name of “Prussians” was adopted by many inhabitants of even the most western provinces of the Kingdom of Prussia. Thus Germans from Rheinland, Westphalia, or Sachsen could be named Prussians as subjects of the Kings of Prussia. The same was true for Silesians, Pomeranians, and of course Brandenburgians.

This was a sign of Prussia’s leading position in the process of the unification of Germany.

Even so, the Prussians’ main opponent—Austria—was still strong enough to remain dominant in Germany. The rivalry was solved by a short Austro-Prussian war of 1866 with a decisive Prussian victory that brought about Prussian dominance in Germany. The Kingdom of Prussia annexed some of Austria’s allies, including the once-powerful Hannover, Hesse-Kassel, as well as Nassau, Frankfurt, Schleswig-Holstein, and some smaller territories.

Soon thereafter the Franco-German War broke out (1870) and Prussia led a coalition of German countries to a victory over the French. 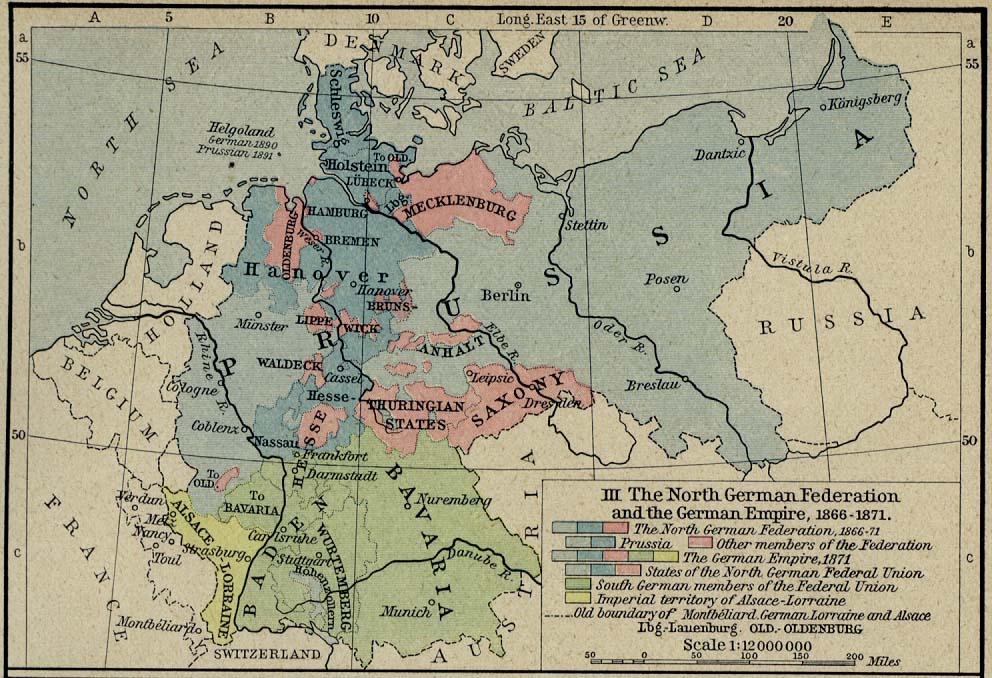 These names survived the collapse of the Empire in 1918. It was at that time that Germany turned into the Weimar Republic and the Kingdom of Prussia was abolished. All the territories of the former Kingdom of Prussia turned into the “Free State of Prussia” (“Freistaat Preussen”). East Prussia remained a part of Germany, yet parts of it were ceded to Lithuania and Poland. Poland gained back most of the territories lost a century earlier during the partitions, including the former East Pomerania (called by Germans “West Prussia,” the former Royal or Polish Prussia). Germany claimed rights to these areas, and with Adolf Hitler in power, in 1939 it pressed Lithuania to cede back the eastern part of East Prussia to Germany, and soon thereafter began pressuring Poland about West Prussia.

The questions regarding this area were among the pretexts for the German invasion of Poland on September 1, 1939, starting the Second World War. Almost six years later, Nazi Germany was completely defeated and the German territories occupied by allies. In 1947 the Soviet Union, the United States, the United Kingdom, and France agreed that Prussia should be dissolved. Thus the Prussian territories in Germany returned to their historical names and the name of “Prussia” became an historical term. East Prussia was definitively dissolved—part of it came to Poland, and part to the Soviet Union with the Russian Soviet Republic receiving most of it.

What’s in a Russian Patronym? 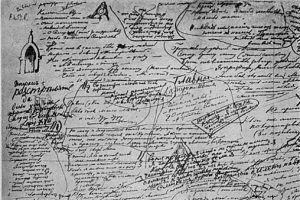 The Brothers Karamazov by Fyodor Dostoyevski is a masterpiece of world literature, appreciated all around the globe. Notwithstanding its universality, the novel is Russian to its core. Like many other nineteenth-century Russian novels, it is strongly connected to a rich Russian culture, tradition, and customs. As also with many other Russian masterpieces, understanding the plot might be a bit complicated for foreigners—at first—because of the confusing way the narrator names characters, as well as how characters themselves refer to each other in dialogues.

The Russian way of naming seems strange and confusing for anyone accustomed to being called by first and/or last name. But the Russian custom of using otchestvo after a first name is not so foreign when better understood. A Russian otchestvo is a “patronymic” or “patronym,” a name coming after the first name which is a form of the first name of the father, but with a suffix. It is not a surname, but rather like a generation-specific second name for children of one father.

The custom of naming people with a form of their father’s name has been around for centuries. We can see, for example, the common use of patronymics in the British Isles. The meaning and origin of names like Johnson (John’s son) and Williamson (William’s son) is clear, and it’s simply that at a particular moment in history the patronymic turned into stable family name inherited by subsequent generations. The Scottish and Irish (Gaelic) Mac-, Mc-, and M’- work similarly, serving as a prefix for the father’s name: MacDonald (son of Donald), McWilliam (son of William), etc. O’- names were a patronymic tying the descendent to a grandfather or earlier ancestor. Names of Norman-French origin can have the prefix Fitz-, as in French: fils (son)—names like Fitzpatrick (son of Patrick), etc.

For centuries in many countries, especially in Scandinavia and the Netherlands, patronymics were the standard way of naming. For example, in Sweden in a three-generation family with grandfather Carl, son Sven, and grandson Olof, the son would be officially known as Sven Carlson and the grandson as Olof Svenson. Every new generation would take a patronymic after their father, and no stable family name was inherited from generation to generation. The same was true for women who would use -dotter (daughter) instead of -son as a suffix in their patronymic. This method of naming was dominant not only in Sweden (especially in rural areas) and Denmark up to the end of the eighteenth century, but it persisted in Norway even longer. The practice was also widespread in the Netherlands, and thus in early New York under the Dutch rule.

Unlike other Scandinavian countries, Iceland never abandoned the use of patronymics, still employing them officially, instead of using stable last names. Thus one notes that these names are changing with every generation, and no stable name is inherited. Icelandic phonebooks and similar lists are ordered by first names, followed by patronymics and other data, like the person’s profession. Patronymics are not used in conversation, but are used almost exclusively in official situations.

If we return to our original names quoted from The Brothers Karamazov (“Alexey Fyodorovitch Karamazov,” “Fyodor Pavlovitch Karamazov,” “Pyotr Alexandrovich,” “Adelaïda Ivanovna,” “Dmitri Fyodorovitch,” etc.), we see that all of these names possess a “patronymic,” indicating who the character’s father is. Alexey is the son of Fyodor, Fyodor is the son of Pavel, and Pyotr is the son of Alexander. Adelaïda is the daughter of Ivan, and Dmitri the son of Fyodor. Still, to some of these names is added the stable family name of “Karamazov,” inherited from generation to generation by men. “Karamazova” was the feminine form of this family name for unmarried women from the Karamazov family, and for women who married into the Karamazov family.

Unlike Icelanders, Russians (who now all have inherited family names) use both first name and the patronymic (but not the family name) in most of daily life. In very few formal situations and in official documents, the Russians, Belarusians, and Ukrainians use all three names (given name, patronymic, and inherited family name), the patronymic (Russian: otchestvo) serving as a middle name, since it is obligatorily assigned at birth. To the given first name, like “Dmitri,” the changing patronymic is added as a combination of the father’s name (Fyodor) and the suffix –vich: “Dmitri Fyodorovich.” The feminine suffix is -vna as in “Anna Fyodorovna.” It’s worth noting that the use of otchestvo, especially in -vich/-vna form, though originally reserved for the highest ranks of Russian aristocracy, was eventually extended down throughout the ages to the nobility, merchants, officers, and eventually to the entire Russian nation.

Today, the first name and patronymic are used especially in conversational situations. It is a common way of politely addressing someone whom is known to one, but without too much familiarity. A person’s full name, like “Dmitri Fyodorovitch Karamazov,” would be used in official documents and a few very formal occasions; “Dmitri Fyodorovitch” would be a more commonly-used form among acquaintances, colleagues, and people who just know each others’ names. Using only the first name, for example, “Dmitri,” has become more popular in recent decades. In a family circle or among friends, different diminutives of the first name like “Mitia” and “Dima” would be used for “Dmitri.” Calling someone by just first and last name (Dmitri Karamazov) seems rather strange for Russians, just as their use of patronymics might be strange for most foreigners.